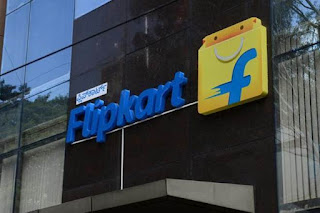 Flipkart is going back to its first few customers of mobile phones from several years ago, to thank them for their support by presenting them a phone as a gesture of gratitude. The initiative to acknowledge early mobiles customers will be done in July, the ‘Month of Customers’ in Flipkart’s year-long Big 10 celebrations.

India’s largest e-commerce marketplace first entered the mobile phones space in 2013 when it sold online a variety of phones. In 2014, its strategy evolved to tying-up with major global phone manufacturers to launch mobiles sold exclusively on Flipkart.

“With this initiative, we want to thank our early customers for having faith and helping to bring us to this point,” said Ayyappan R, senior director and head of the mobile phones category at Flipkart.

“Flipkart has shaped the industry in India by pioneering the exclusive launch concept. Coupled with innovations like Product Exchange, No Cost EMI and Buyback Guarantee, Flipkart has driven the adoption of smartphones in India. We’re also working on other innovations that will make the experience of owning a smartphone even easier for our customers.”

The mobiles team of Flipkart, led by Ajay Yadav and Ayyappan R, will be stepping out of the office and travelling across India to places such as Agartala (Tripura), Ajmer (Rajasthan), Allahabad (U.P.), Bellary (Karnataka), Sambalpur (Odisha), Trichy (Tamil Nadu) and Ujjain (Madhya Pradesh), besides cities like Kolkata and Hyderabad, to meet the first few customers.

Those customers will be presented with a smartphone from among the Moto E4 Plus, Samsung Galaxy OnMax, and Panasonic P55 Max -- all of which were exclusively launched on Flipkart in July -- as a token of thanks.