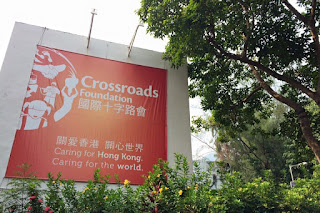 Qlik announced that it has partnered with Crossroads Foundation, a Hong Kong-based charity, to transform the way it manages donations through improved management and visualization of data.  One of the most impressive results of the deployment is a new smartphone app that enables anyone in Hong Kong to donate anything they like, easily and efficiently.

Launched as part of Crossroads’ Good City project, the new Qlik apps slashes the time it takes for the foundation to respond to a donor from up to five working days to less than an hour.  It also enables the organization to efficiently handle the huge supply of donated goods as well as provide transparency on its charitable work.

“We have greatly shifted the way we can connect people who can help with those who are in need. With the new app, donors can just pull out their smartphone, photograph the item for donation, and then book a van to get the item to us. It’s an incredible development that allows us to manage the entire donation process in something close to real-time, and get the goods to the people who need it, faster than ever,” said Matthew Gow, a Director of the Crossroads Foundation.

Established in 1995, the Crossroads Foundation began work by shipping 19 cartons of relief supplies to victims of a major flood in Southern China.  Now, in 2017, the organization provides donations to people in 90 countries around the world. While generous donations such as bedding, clothing, educational toys, furniture, technology, medical provisions and electrical appliances came in from companies and private individuals, the Crossroads team faced a continuous challenge to track every item in a timely manner.

“As the donations and number of donors grew, we began spending more time on compiling and analyzing reports – invariably we also had to develop different reports for the various stakeholders. While we had the technical skill to do it, it became unfeasible to continue using thousands of man hours on this task. When I started looking at other options, it quickly became clear that Qlik had what we needed to make this process painless. We can now track our donations from the time someone donates an item to the time it reaches its target recipient in a clear and transparent manner,” said Gow, who was not only impressed by the web-based Qlik Sense dashboard, but also by Qlik’s history of working with charities and non-profits through its Change Our World program.

Like Crossroads, the Qlik Change Our World program focuses on helping the most vulnerable people in the world by empowering the organizations that support them. Qlik donates resources needed to help humanitarian and community-focused non-profits gain visibility into data sources that can accelerate outcomes, connect donors with recipients, and make their great work even better.

“At Qlik, we have a history of supporting the world’s most vulnerable people and other communities in need of support by providing more than a hand out.  Rather, we aspire to provide long-term, sustainable benefits to enhance quality of living,” said Julian Quinn, Regional Vice President, Qlik APAC.  “We are pleased that Qlik has enabled Crossroads Foundation to not only improve the way they manage donations, but also allow them to be able to scale their operations and help even more people. We believe our Qlik software can change the world, and Crossroads Foundation is a prime example of an organization that is using our innovations to do exactly that.”