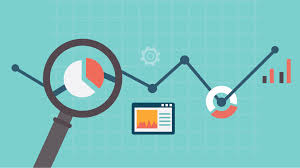 Qlik, a leader in visual analytics, announced that the Brazilian Ministry of Planning, Development and Management (MP) has selected the Qlik Analytics Platform to power its recently-launched Price Dashboard. The public portal allows officials to research, analyze, and compare the prices practiced by the federal government since 2015 in the purchasing of materials and services. Analysis and visualizations were developed in Qlik Sense® and integrated into the website with the Qlik Analytics Platform. This integration allows the Price Dashboard to be totally responsive, allowing officials to access it through any type of device with the same ease of use.

Prior to the launch of the portal, approximately 90 percent of the federal public agencies did not have access to the government’s price database. As a result, when it was time to raise budgets for a bid, the estimated prices were well above the market value and the agencies were at risk of overpaying.

“We needed to solve this issue as soon as possible when we heard about Qlik solutions. So, we talked to one of their Master Reseller, Inteligência de Negócios (IN), and developed the portal in record time,” said Daniel Rogerio, General-Coordinator of Government Procurement Systems at the Ministry of Planning. “Now, in addition to ensuring total transparency to citizens, the new Price Dashboard facilitates taking budgets and marking prices, which allows us to buy faster and at a lower price.”

The portal project began in November 2016, and in just two weeks the dashboards and visions were ready with the support of Inteligência de Negócios. The organizations have focused on improving usability and on the website design, in order to make it as intuitive as possible. Scheduled to be released in late 2018, the site went live in April 2017.

“The government already had a platform called SIASG/Comprasnet, which recorded all information on purchases made and approved. Therefore, we just had to organize the database and use our expertise to expose everything in a simple and efficient way,” pointed Clayton Montarroyos, Director of the Government Unit at IN.

Qlik Analytics Platform
All of this was possible through two solutions from Qlik: Qlik Sense, the company's self-service BI solution, and the Qlik Analytics Platform, an open platform on which Qlik’s global community of developers can build custom analytic applications based on rich front-end and back-end Application Programming Interfaces (APIs).

“Together, these tools allow the creation of simple, complete visualizations that can be used by anyone, even without technical knowledge. This was the key to the Ministry of Planning, since the idea is to encourage massive use of the Price Dashboard,” explained Marcelo Rezende, Country Manager of Qlik in Brazil. “We are glad to support Brazilian government in its goal of becoming ever more transparent and efficient.”
analytics big data qlik Transparency