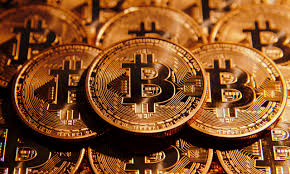 Bitcoiners celebrated on Thursday as the community welcomed a new mechanism to increase the network’s transaction capacity. The ongoing civil war between Bitcoin Core (BTC) and Bitcoin Unlimited (BU) camps has come to peace with approval of BIP 91.

Bitcoin prices jumped near to record high price on July 20th after the consensus among bitcoin miners regarding SegWit was reached. An overwhelming majority of bitcoin miners (as per hash power) signaled their support for SegWit activation under BIP 91 (Bitcoin Improvement Proposal 91).

What this means is from now on, bitcoin transaction capacity doubles and we will see double number of transactions getting approved on the network.

Hence, today bitcoin took its first step towards its biggest capacity and technology upgrade which would increase the block size. It is a step forward in resolving community divide on scaling debate.

This ends all the conflict and speculations about an expected coin split on August 1, 2017. We have a single winner which is brighter and more robust than any other altcoins. Bitcoin once again proves that 'Legends never die'.

Commenting on SegWit activation, Mahin Gupta, Co-founder and Chief Technology Officer, Zebpay said, “SegWit is locked in today with more than 93% miners showing support and most probably will get activated in next few days. This is an important milestone and will allow bitcoin to grow at a more rapid pace now. This should also end uncertainty over UASF (User Activated Soft Fork) and chain split and worry of millions of users about storing their coins.”

The historical movement lead to crazy rally in prices, from a low of USD 2,200 we saw Bitcoin touched USD 2,950 on most of the international exchanges and is now trading at USD 2,800 levels.

This upgrade will allow bitcoin to move ahead with lightning network, boost confidence in cryptocurrencies and other solid things in the roadmap. This is begining of Bitcoin era 2.0.