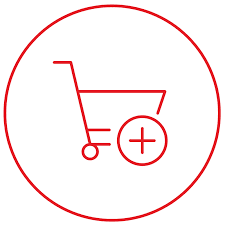 Indonesia has one of the world’s largest travel markets with a growing economy and affluence, creating an increasingly competitive landscape among local airlines. Batik Air is one of the two full-service airlines based in Indonesia which flies to 33 domestic cities, including Jambi and Manokwari – the latest domestic routes added in April 2017. The airline also flies internationally to Singapore, and plans to further their regional outreach to Australia, India, and Malaysia as part of their business growth strategy.

With this new partnership, travel agents globally now have the means to sell tickets on Batik Air’s inventory via Sabre’s GDS platform for the first time. Travellers will get to enjoy greater convenience and end-to-end services now that travel agents are equipped to book tickets on their behalf.

“Through this partnership, we can help Batik Air strengthen their competitive advantage by bringing their offerings to a global audience with our extensive network of travel agents worldwide,” said Rakesh Narayanan, vice president of Supplier Commerce, Sabre Travel Network Asia Pacific. “We hope that our industry-leading technologies and solutions can further improve the commercial performance of the airline and fuel their expansion plans domestically and across the region.”

Batik Air’s distribution is the latest addition to Sabre’s ongoing partnership with the Lion Group. Sabre currently provides its SabreSonic solution to five airlines within the group, and was appointed as Malindo Air’s and Thai Lion’s first GDS partner.