Amazon Prime Day: What’s the Hype All About? 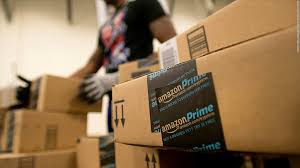 The new talk of the town –Amazon Prime Day will be held for the first time in India on 11 July 2017. Already a hit in other countries, it is an exclusive 30 hours sale open only for Amazon’s Prime members. So what is the hype all about? After all it’s just another BIG sale. Or is it just another marketing strategy? DesiDime, an online shopping community, delves deep in to it to find answers to everything about Amazon Prime Day.

The first ever Amazon Prime Day was first held on 15 July 2015 in US, UK, France, Italy, Canada, Germany and Spain; to celebrate 20 years of success in the online shopping space. While many netizens were voicing out their disappointment with the unexciting discounts offered on this “bigger than Black Friday” sale day; Amazon had declared it a historic success.

That year, customers had ordered 34.4 million items across Prime-eligible countries worldwide, with 398 orders placed per second. Orders had grown by 266% on that single sale day, which was 18% higher than on Black Friday 2014; and this was an event meant exclusively for Prime customers. The Amazon Prime Day had undoubtedly broken some records of Black Friday.

The year after that, on 12 July 2016, the second Amazon Prime Day broke its own records with Amazon reporting that the orders had surpassed Prime Day 2015 by more than 50% in the U.S alone and by more than 60% worldwide. Amazon products including Fire TV, Kindle e-reader, Fire Tablet and Alexa-enabled devices had made record-breaking sales.

In just two years, the words: Amazon Prime Day had achieved a search volume of 10 million worldwide i.e. one tenth of Black Friday. On the other hand, the Great Online Shopping Festival (GOSF), which was hailed as the Black Friday of India while it lasted, had only reached 100K to 1 million searches in 2015, its last year in India.

Now with the Prime Day coming to India, China and Mexico this year, the stage is set for making some new records and breaking the old ones. In addition to being 30 hours of crazy deals and exclusive launches, Amazon Prime Day also aims to raise the bar of expectations of an online shopper when it comes to delivery.

Under the Amazon Prime subscription which only costs Rs 499 per year, the Indian online shopper gets access to unlimited, free one-day delivery and two delivery on a hundred thousands of Prime-eligible items. Thus, it’s not only about seizing some incredible bargains online but also getting them delivered at your doorstep within 24 to 48 hours. It’s as good as shopping offline, but with all the perks and convenience of online shopping.

By seducing its customers to sign up for Prime membership, and getting them hooked on to faster deliveries, Amazon is upping the bar for other e-commerce sites and at the same time hoping to turn its own non-profitable logistics into a cost-effective endeavour. Either ways, as a Prime member you get access to a number of benefits apart from unlimited, free and faster deliveries, some of them being:

As far as the Indian Amazon Prime Day is concerned only time will tell whether it will truly be an annual sale day to look forward to, or will it be just another sale day full of marked up MRPs.
amazon prime day desidime ecommerce industry