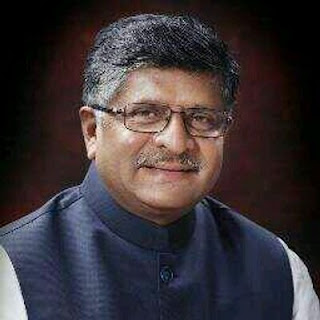 CSC SPV organised a workshop on “Aadhaar Services through CSC – A Unique Initiative” to showcase the impact and progress made by the Village Level Entrepreneurs (VLEs) in delivering Aadhaar services among the poor and marginalized communities in India, through the Common Services Centres (CSCs).

Union Minister for Electronics & IT and Law Justice, Shri Ravi Shankar Prasad inaugurated the event held at India Habitat Centre, New Delhi. He appreciated the efforts of the enterprising VLEs in providing key services at the grassroots level.

The Hon’ Minister said, “I have great expectation from CSC VLEs. Our VLEs are change makers of India. CSCs have given employment to 10 lakh people in India. I am confident that in near future, one crore people will work in CSCs.”

Recounting the strength of VLEs in mobilizing citizens under Government campaigns, the Hon’ Minister said: “I am happy to note that the VLEs have trained 2 crore people in the Cashless India movement.”  “Recently, Union Textile Minister Smt. Smriti Irani sought the support of VLEs in the expansion of handloom. All the departments of the government want to involve VLEs for their services,” he said.

The Hon’ Minister was addressing around 600 VLEs from States of Uttar Pradesh, Haryana, Rajasthan, Madhya Pradesh, Punjab, and Himachal Pradesh. The workshop, organised at the India Habitat Centre, New Delhi, also brought together senior officials from Ministry of Electronics & IT, UIDAI, Department of Fertilizers and Department of Food & Civil Supplies.

Sh. Ajay Prakash Sawhney, Secretary, MeitY, said, “CSC movement has attained a new identity under with the support from the Government and specifically from the Hon Minister. I am happy to note that CSCs have played a significant role in Aadhaar journey.” He added that AEPS is also an empowering tool that CSC VLEs are doing efficiently in India and enabling the disbursement of entitlement and pension to various citizens living in far flung areas of the country.

Dr. Ajay Bhushan Pandey, CEO, UIDAI said, “In the country, 116 Cr people have been enrolled for Aadhaar and CSC has played a big role in it. In the last 5-6 months, Aadhaar has been linked with various government services to ensure transparency and effectiveness in system. The purpose is empowerment of citizens. We need the help of VLEs to keep the momentum on Aadhaar and create awareness among the communities about its safety and usefulness in simplifying their life.”

While welcoming the participants to the workshop, Shri Dinesh Tyagi, CEO, CSC SPV said, “Aadhaar is the basis of CSC. This is our first principle. Aadhaar is a revolution that will transform the life of a common man. Our 28,000 PECs have enrolled 22 Cr Aadhaar in the country. Our VLEs are providing Aadhaar services at the doorsteps of the citizens. Through Aadhaar, our VLEs have created rural enterprises in the country.”

Enumerating the various initiatives undertaking by VLEs in providing Aadhaar services, Dr Tyagi added, “We have done 80 lakh child enrollments in the country. In schools, Aanganwadi centres, Pulse Polio booths, we have started a new tradition of child enrolment. We have initiated innovative ways of Aadhaar generation, for example, Aadhaar mela, Aadhaar-on-wheels, etc. Our VLEs have made Aadhaar for the differently abled persons that ensured pensions for them.”

On the occasion, a special publication highlighting some of the unique initiatives undertaken by CSCs through Aadhaar was also launched by the Hon’ Minister.  The Hon’ Minister also inaugurated an online appointment system for Aadhaar service whereby citizens can book an appointment and visit the Aadhaar centre on the particular day.