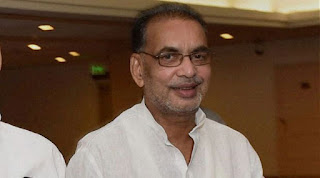 E-mandis are fast becoming a reality in India under Narendra Modi's Digital India drive. The latest figure shows that 455 mandis have been connected with eNAM (electronic National Agriculture Market) platform which was started in April 2016 in these two states.

Out of these 455 mandis, 54 mandis are alone in Chattisgar and Telengana. These two states are ahead of other states in India. This move will benefit a number of farmers in various states as eNAM allows farmers to bid online for their product. .

Agriculture Minister Radha Mohan Singh requested other states to embark upon the model and help farmers. States like Uttar Pradesh and others are also working to make eMandis are a reality. E-mandis is an important step in making Digital India reality.

However, it would be seen how this helps farmers and whether it would increase their income eventually. The data generated out of these e-Mandis will help analysts and planners to make changes in the future and in real time. This data can be critical in redefining India's agriculture sector particularly in the wake of the fact that farmers are committing suicides in various of the country.