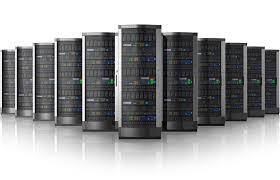 "The first quarter of 2017 showed declines on a global level with a slight variation in results by region," said Jeffrey Hewitt, research vice president at Gartner. "Asia/Pacific bucked the trend and posted growth while all other regions fell.

"Although purchases in the hyperscale data center segment have been increasing, the enterprise and SMB segments remain constrained as end users in these segments accommodate their increased application requirements through virtualization and consider cloud alternatives," Mr. Hewitt said.

Hewlett Packard Enterprise (HPE) continued to lead in the worldwide server market based on revenue. The company posted just more than $3 billion in revenue for a total share of 24.1 percent for the first quarter of 2017 (see Table 1). Dell EMC maintained the No. 2 position with 19 percent market share. Dell EMC was the only vendor in the top five to experience growth in the first quarter of 2017.

In server shipments, Dell EMC secured the No. 1 position in the first quarter of 2017 with 17.9 percent market share (see Table 2). The company had a slight increase of 0.5 percent growth over the first quarter of 2016. Despite a decline of 16.7 percent, HPE secured the second spot with 16.8 percent of the market. Inspur Electronics experienced the highest growth in shipments with 27.3 percent.