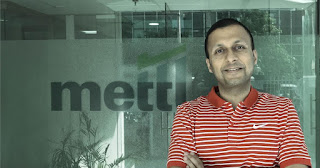 We hear of revolutions on an almost daily basis. Technological growth and progress especially, unrelenting in its efforts to outdo its past. This is our present, a commonality across all industries. But despite accurate claims of the same, it’s hard to deny the one industry that’s remained volatile since its inception: Information Technology.

Yes, we’re talking about an engine of global economic growth here – something that’s been the case since the late nineties. But while it’s easy to gawk at this tremendous, all expansive growth, people often overlook the effort that goes into its upkeep. The question is, “What keeps this industry alive and eager for change?”

The short answer is talent – a concept where brilliant minds ideated and executed with people power. Every idea required more; people as managers, people to handle operations, people to execute tasks, and people to help generate fresher thoughts of change. For the longest time, we accepted this to be law.

But trends took an unexpected turn. Automation and concepts of Machine Learning powered into life, rendering the aggressive need for more people redundant.
“The industry is taking steps to decouple revenue from headcount growth with more automation and platform-based revenue growth. We will continue to be a net hirer, but the pace of hiring would change.”
- R Chandrasekaran, Chairman of Nasscom & Executive Vice-Chairman of Cognizant India
In fact, Nasscom identified last year that the sector would create 13% less jobs in comparison to FY2015-16. So where does this development leave an industry prone to change every other day? Now this is a question that hits hard when you realize that the trends have in no way deterred the IT sector’s desire to revolutionize itself on a consistent basis.

Altering the People Demand
New technologies have rendered many roles archaic, but a company’s purpose to achieve greater efficiency and a client’s demand to grab more for less remains ever prevalent. There’s also new focus on niche areas – artificial intelligence, the cloud, and machine learning among others. When you put this into perspective, the cause and effect phenomena resulted in several concerns for the IT industry.
With the redundancies eliminated, people with skills in these domains jumped several notches in the demand ladder. It helped business leaders understand that:
1. Fresh Graduates would no longer remain industry ready
2. Organizations would need to make their current employees more productive
The fact of the matter is, people demand didn’t reduce. It altered, plummeting organizations into previously unchartered talent territories. But if history is anything to go by, we know that the best of humanity adapts in the face of adversity. Correction. They thrive.

The Advent of a Liquid Workforce
Since the early 21st century, companies invested in tools and technologies needed to keep pace with constant change in the digital era. 2016, however, witnessed a rather incredible turn of events in the organizational landscape. To achieve their ambitious goals, leaders have refocused their attention on an often-overlooked factor: the workforce.
As mentioned before, people demand never changed. It merely altered to a more liquid definition. Technology evolved from its base role as a disrupter into an enabler, transforming people, projects and entire organizations into a highly versatile enterprise.
Is there anyone living the trend right now?
To answer that question, yes. Accenture is amid a liquid workforce transformation and on scale with their entire 373,000-employee stronghold. In fact, in operations, the company now possesses 4,000 pieces of automation that’s reduced over 10,000 job roles.
Despite this, the company lost not one person. Accenture went on to reskill their employees to take on higher-value roles in analytics and other hot skills, showing that workplace innovation and strategy can intersect positively. Losing jobs never meant losing people.
This isn’t the only example. Tata Consultancy Services (TCS) expects to earn revenues of about $1 billion each from several upcoming technology segments over the next three to seven years.
While expectations run high, Krishnan Ramanujam – President, Business & Technology Services at TCS – is of firm belief that it would benefit the company to invest on the future line of workforce growth – digital or re-skilling.
In a way, this effort highlights itself as a small gambit for future profitability.

Hire. Nurture. Hire.
American eCommerce giant, Amazon – the first to reach $1 trillion in revenue – approaches the world of automation rather differently. For a company with an astonishingly high revenue per employee metric, marked at $557,482 earned per employee roughly, the company ranks among the few to have hired more in 2016-17.
As the numbers stand, Amazon India recruited 35% more candidates from engineering colleges and 20% more from business schools as opposed to 2015-16. Campus hiring has been a top priority from the looks of it.
“Each year, we are further encouraged and excited with the discovery of new talent pool across campuses. The experiences reinforce our belief that with suitable nurturing, this young talent pool can make a long-term positive impact to our customers.”
- Raj Raghavan, Head of HR Asia Pacific at Amazon
On closer inspection, Amazon’s global headcount rose 48% to 341,400 in the fourth quarter of 2016 from 230,800 in the same quarter of 2015. This, in an era were organizations continue to whittle away at their workforce.
What’s the point?
In essence, the Jeff Bezos owned company prefers picking out interns, nurturing their skills, and making hires post that. It’s the classic hire-nurture-hire model that several organizations let go of in the recent past. Does it work?
Well, Amazon hires 60% of the student-interns within the company. That ought to answer your question.

Where Does This Leave Us?
Always remember the people, for they are your disrupters and technology your enablers. The thing is, for too long did we believe it to be the other way around. Reskilling and Hiring to Nurture stands amongst two of the biggest results to the cause and effect phenomena of automation. Are they the only results? Unlikely.
At the same time, results are also not without consequence. Currently under the status of firm business goals, the concept of reskilling and nurture hiring also require evolution from nascence, inspiring new verticals in established companies or birthing new companies altogether.
Talent Analytics & Assessment Solutions company,Mettl ranks amongst them, having established a majority of its legacy building modes of adaptability in industries susceptible to aggressive change.
With over 400 clients in the IT industry alone, Mettl has redefined procedures behind the Campus Hiring game, adding data-driven analytics, diagnostic reports, and an in-depth psychographic profiling of candidates for organizational compatibility.
The company has also helped organizations understand their learning agility curves, mapping employees to niche skills currently in demand based on profile and state-of-the-art workforce analytics. But that’s beside the point.
This is one player in a vast ecosystem, albeit convincing enough to make an example. The trends of today are often the dusty olds of tomorrow. Organizations have already upped the ante, improvising values of reskilling and nurture hiring via catalytic firms like Mettl. Who knows how long this’ll last before another IT revolution. But this is the here and now, leaving merely two options: adapt or perish.
Where does this information leave you in the conversation? Well, that’s something only you can answer.