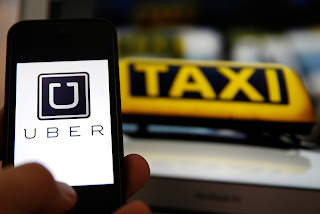 Uber started in 2010 to solve a simple problem: how do you get a ride at the push of a button? In late 2015, we hit a big milestone: one billion trips. Six months later, we crossed two billion. On Saturday, May 20, 156 trips started simultaneously at 7:29:06am GMT, putting us over the five billion mark.

These trips happened in 24 countries on six continents, in cities like Mumbai, Moscow and Medellin. One lucky driver was on his first trip: he picked up a passenger on a motorbike in Jakarta, Indonesia. And six riders were taking their first Uber trips, too. Out of the 156 simultaneous 5 billionth trip, India made the largest contribution outside of U.S. with 19 simultaneous 5 billionth trips. India emerged as the second-largest contributor to the global milestone, after the U.S. Driver partners across Bangalore, Chandigarh, Chennai, Guwahati, Hyderabad, Jaipur, Kochi, Kolkata, Lucknow, Mumbai and Pune simultaneously clocked the 5 billionth trip. A first-time rider from Chennai was also one of the 6 riders to have been a part of this milestone globally.

“Really excited to see that multiple cities across India have contributed to the 5 billionth trip mark. This is testimony to the phenomenal growth trajectory that hundreds of thousands of driver partners have helped fuel. We are humbled to see so many entrepreneurial dreams come true,” said Amit Jain, President, Uber India & South Asia.

All of these trips wouldn’t be possible without the hard work of driver partners. We’re giving each of the 156 drivers involved in this milestone $500 as a token of our gratitude and appreciation.

Moving forward, we’re more focused than ever on building features for riders and drivers that will get us to the next five billion. This is just the beginning...we’ll see you out on the road!