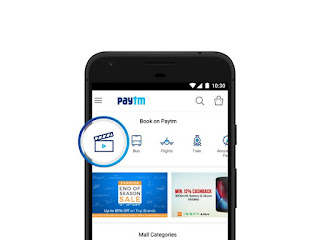 Paytm Movies, an online ticketing platform is gearing up for one of the year’s most awaited movies – Tubelight. The company expects the movie to be one of the highest grossers of 2017 and has launched advance bookings across India.

Paytm Movies is the official 'Ticketing Partner' of Tubelight and Salman Khan Films. Consumers can buy movie vouchers that can be redeemed while booking tickets; select movie-goers will get an opportunity for an exclusive meet-and-greet with Salman Khan and digital autographed posters and merchandise.

Salman’s 2017 emotional potboiler has garnered much enthusiasm since the trailer released on May 25. It has revealed the movie to be about brotherhood, with the power of love and faith in one's loved ones as the central theme. Given Salman Khan’s track record as a box office mammoth and the runaway success of Bajrangi Bhaijaan, Paytm Movies is expecting of Salman and Kabir after Bajrangi Bhaijaan and Ek Tha Tiger to make it to the list of the top-grossing Bollywood movies of 2017