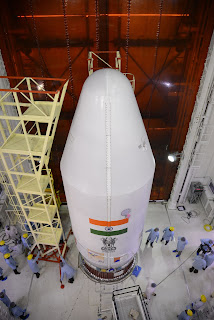 Cartosat satellite imagery offers small coverage with high-resolution scene-specific spot imagery. So more such satellites are required. With this satellite, the payload will have more satellites from other countries.

PSLV-C38 is set for launch on June 23 to place the Cartosat-2E satellite in sun-synchronous orbit and arrangements are on for that. Pegged at a project cost of Rs 160 crore, the 550 kg Cartosat-2E satellite launch is aimed at collecting high-resolution large-scale maps which will be used for urban planning, services, infrastructure development, traffic management and disaster management.