Is Bitcoin a terror and criminal currency? 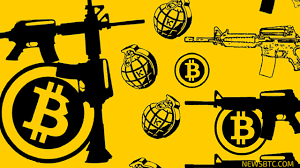 Ever since Bitcoin, which is a cryptocurrency and a digital payment system came into being especially after Satoshi Nakamoto invented an open source software in 2009, the cyber criminals and terror groups have been relishing a big time. They have a new way to finance and run their dark operations. After this currency gained momentum, cyber threats and terror funding have gone up dramatically. Terror groups are freely getting funding from across the borders from their sympathizers and handlers in bitcoins as is being speculated.

The biggest example lies in the recent ransomware attack that crippled the healthcare and other services worldwide. Cyber criminals who could be backed up by terror groups such as ISIS and others minted millions of dollars. Through the WannaCry ransomware, they garnered thousands of bitcoins that translate into millions of dollars.

Furthermore, it is important to note that the price of one bitcoin was close to $1000 a few months ago whereas it is $ 2300 today. It seems that the price is being manipulated to help cyber criminals, blackmoney hoarders and terror groups. If the world has to be saved from crime and terror, the immediate thing which must happen is the ban on bitcoins. Many governments do not warrant this as a currency. However, in markets like the US and others, it is considered as a valid mode of payment. It is high time that bitcoins are banned and considered null. Experts believe that the ban on bitcoins will immediately stop the funding to dark forces of the world especially ISIS, Al-Qaeda, Taliban, and Laskar.

It is high time that governments wake up and stop bitcoins from burning the world. The move to validate bitcoins would backfire big time in the near future.