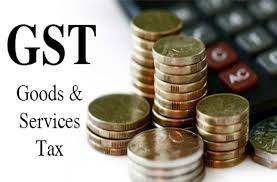 With the second round of GST enrollment set to close tomorrow, the GST Network, the company providing the IT backbone for GST, today announced that it will re-open the process of enrollment on June 25 to allow all taxpayers to smoothly complete the process.

More than three fourths of the total 80 lakhs existing tax payers under VAT, Service Tax, Central Excise and other taxes that are being subsumed under GST have already successfully enrolled themselves on to the new digital platform in two rounds of enrollment.

The exercise started from November 8 and continued till April 30 by when around 60.5 lakh taxpayers had enrolled. More than 4 lakh of the remaining taxpayers have completed their enrollment during the second window that opened on June 1. However, for the remaining tax payers, there will still be another opportunity to accomplish the task.

“We realize that when we are implementing a change of this magnitude, taxpayers must be given sufficient time and opportunity to smoothly join the new online platform that will usher in a unified tax structure. Already, a majority of taxpayers have enrolled themselves for GST. Yet, those who might still be left due to any circumstances or technical inability need not panic with the closing of this window as we will open another round of enrolments from June 25,” said Mr. Navin Kumar, Chairman, Goods & Services Tax Network (GSTN).

Notably, the process of enrolment is not a highly time consuming one, with the total time taken in the entire process being not more than15-20 minutes.

The Goods & Services Tax has been referred to as the most significant tax reform in India post independence. The new regime will usher in a common national market by doing away with a complex web of local and central taxes and incorporating them into a single levy.

With rumors of a possible delay in roll out doing the rounds, the government yesterday clarified that the GST regime is very much on track to roll out from June 25, its designated date.

As the technology provider of the regime, GSTN has been working overtime to ensure there are no hiccups in the commencing of the ambitious indirect tax regime. The GSTN has set up a robust portal already equipped to handle as many as 3.2 billion transactions every month.

All taxpayers, who have valid a PAN and are currently registered under any State or Central taxes that will be subsumed in GST, are being migrated to GST under this process of enrolment, which essentially implies validating the data of existing taxpayers and filling up the remaining key fields at the GST Common Portal, which will serve as a one-stop shop for all tax payers.

The GST Common Portal will enable taxpayers to meet the GST compliance requirement like filing returns and making tax payments.