FootPrynt , an App for Influencer Marketing is Launched 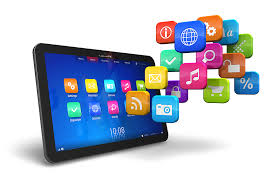 Mumbai based startup; footprynt provides a platform to influencers & brands. On Monday it has announced the nationwide launch of its app for influencer marketing called footpyrnt. In this competitive scenario, the app aims to bridges the gap between the influencers & the brand.

footprynt is an influencer identification app which connects brands and influencers. Currently, the app is available for both the Android & iOS platform. The app analyses a social media user’s activity & then connects the user to various brands.

It caters to two platforms namely, twitter & facebook to bridge the gap. footprynt doesn’t work with so-called influencers(high followers) they work with evangelists (greater engagement) finding the right mix for us. The reports were a key to us, their dashboard is like none seen by us, and we have seen many.’

Within a span of six months since the inception of the company, the app has over 10000+ logins and identifying over 2000 influencers across Twitter & Facebook, footprynt is now working with 17 brands who want to talk about themselves through influencers.

Anand Thakur, co-founder, Footprynt, says “We believe everyone can be an influence, in fact we want to bring micro level influencers on the platform, ones who have an absolute authority on their smaller group of friends on Facebook, Instagram etc.”

According to a survey, over 84% of the marketers are planning to launch at least one influencer marketing campaign within 12 months.
So far footprynt has tied up with over 17 brands, and have run 28 different campaigns. The app helps with a various cat we do influencer campaigns, product launch campaigns, making news viral & event launch campaigns on both Twitter & Facebook using our app.

This app also helps to generate sales leads & sales for brands on social media through offer based mechanism on the app.

footprynt working on NLP-based analysis of each user or say influencer. As influencers act as a customer to footprynt . Whereas Influencers’ affects the buying decision of consumers & engages the brand.
FootPrynt mobility