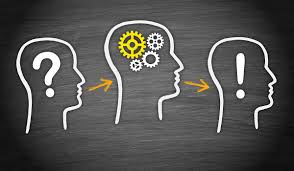 Investors show preference for late stage funding
·         Angel and seed investments fell both in volume and value terms with deal volumes reduced to half with 120 deals in Q1 CY2017 in comparison to 245 deals in the same period last year
·         Series A funding declined 65% in deal value on a Y-o-Y basis
·         Series B funding value improved 22% in the FY Q1 compared to the same period last year, despite deal numbers being lower by 16%.

Bengaluru Outshines Delhi in Growth of Startup Funding Deals
·         24% of start-up deals were cracked in Bangalore at a total deal value of $96 mn with 67.5% being at the seed stage
·         Second is Delhi-NCR in terms of deal volume with 38 deals worth $44 mn
·         60% of deals in Mumbai were in the angel stage with cumulative deal values touching $34 mn
·         Hyderabad with 15 deals to the tune of $4mn and Chennai with 5 deals amounting to $12 mn made it to the top 5 investment destinations of India.
·         Investment pattern: Angel and seed investments seem to be the dominant theme across cities without exception

Sharing her views on the News Corp VCCEdge Startup Deal analysis Q1 CY2017, Gaurav Roy, Business Head, VCCEdge, News Corp VCCircle said, “A rise in Series-B funding even as seed and Series-A funding trends show a decline reflects investor cautiousness in early and mid-stage funding and the increasing focus on market-readiness for funding. The relief however is that M&A deals have picked up momentum post-2015 coinciding with the drop in funding activity in the startup space, turning into an exit route for some promoters and a major source of funding for others. Enterprises which can work on a combination of strong revenue models and continuously updated technological knowhow which ensures a great consumer experience will continue to attract investors”.