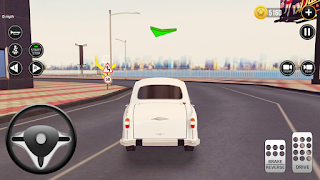 Games2win – One of the largest mobile game publishers in the world announced its upcoming launch of “Driving Academy India” – an immersive mobile game that teaches young Indians how to drive safely!

India is the road death capital of the world. Over 400 people die everyday on India roads and almost all these deaths happen due to driver negligence. There is a lack of education among young drivers about road safety and this is a problem Games2win is attempting to solve via it’s unique game “Driving Academy India”.

Alok Kejriwal – CEO and Co-Founder of Games2win added, “We timed this game to coincide with the 2016 Motor Vehicles Amendment Bill that has been recently cleared by the Cabinet and promises to impose harsh penalties on rash driving. Our approach is to educate and make young people safe drivers via mobile gaming even before they get behind the wheels of a real car. India is the largest market for Mobile Games and with 70% of the Indian Population under the age of 25, we believe this game is perfect for immediate launch”.

In Driving Academy India, the players enjoy car driving while clearing fifty classic road signs. Most of these road signs are never understood by drivers and  Driving Academy India attempts to ‘gamify’ this important subject while keeping it fun! Players are confronted with typical Indian signs such as Stop, No Overtaking, Railway Crossing, Pedestrian alert, etc. and obeying these signs helps players to clear game levels. As a reward, players earn coins that they can splurge on the choicest of Cars – Indian and Foreign brands included.