71% of African CEOs say they are concerned about cyber threats: PwC 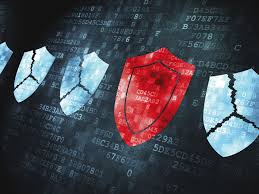 Africa’s CEOs are confident that the outlook for business on the continent remains positive notwithstanding the unpredictable economic and socio-political climate. PwC’s (www.PwC.com) Africa Business Agenda report shows that 85% of African CEOs (Global: 85%) are confident in their own company’s prospects for revenue growth over the next 12 months. Despite the fact that only 30% of CEOs in Africa (Global: 29%) believe the global economy will improve in the next year, no less than 97% (Global: 91%) are confident about the prospects for their own company’s growth in the medium term.

Hein Boegman, CEO for PwC Africa, says: “This level of optimism is the highest recorded since we started our research on Africa CEOs in 2012. However, in the past year we have seen a change in the outlook for some countries as external developments impact many of the drivers of Africa’s growth.

“As countries around the globe try to make sense of the increased levels of risk and uncertainty that have gripped the world, Africa needs to continue rising by capitalising on all the opportunities that lie ahead.”

The report suggests that one of the reasons for such optimism on the Africa continent is that CEOs have learned to look for the upside and seize on opportunities that may arise in the face of uncertainty. In the wake of climate of muted growth, CEOs have also acknowledged that while they focus on organic growth and cost reductions, they also need to prioritise investment in new strategic alliances and joint ventures to expand their markets and grow their customer bases. According to the survey, organic growth (Africa: 80%; Global: 79%) and new alliances (Africa: 69%; Global: 48%) are the top activities CEOs are planning in order to drive corporate growth or profitability.

The Agenda compiles results from 80 interviews with CEOs across 11 countries in Africa and includes insights from business. The results are benchmarked against the findings of PwC’s 20th Annual Global CEO survey of 1 379 CEOs in 79 countries conducted during the 4th quarter of 2016. The Agenda provides an in-depth analysis and insights into how businesses are adopting to meet the challenges of operating in Africa.

Notwithstanding the current climate and challenges, it is notable that there remains a significant amount of potential to unlock more growth on the continent. African CEOs are looking to international markets for opportunities, with the US (31%), China (28%) and the UK (24%) considered the top three countries for growth. Johannesburg (36%), Lagos (16%) and Cape Town (14%) are considered the top three African cities for growth opportunities.

Although the returns for doing business on the continent can be high, so too can the risks. Africa’s CEOs are working in difficult times – finding the right talent for their business, dealing with hurdles that come with working with governments, and managing expansion plans across the continent.

In addition, infrastructure remains a challenge as it lags well behind that of the rest of the world. More than two-thirds of African CEOs (69%) are concerned about inadequate basic infrastructure (Global: 54%) and a stronger focus on expanding power supply is required to solve one of the biggest challenges in the business environment.

CEOs also believe social instability resulting from inequality, an increasing tax burden, a lack of economic diversity with an overdependence on natural resources, and corruption remain problems in many countries.