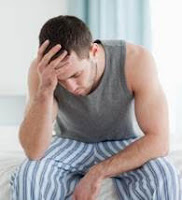 Dalmia Medicare, a healthcare platform committed to providing the highest quality medical services has collated its annual trend report encapsulating the dynamics in the Indian healthcare segment. The report identifies four key insights which have been detected by our set of doctors and analysts based on a sample size of 2, 00,000diagnostic tests from the Delhi NCR region.


“As a socially aware and responsible brand we are committed to analysing the Indian healthcare eco-system, backed by our leadership in diagnostics services. With over 40 labs, 25 pathologists and 8 radiologists and other specialities, 400 tests daily and over 1,90,000 diagnostic samples we intend to highlight the winds of change in the Indian healthcare landscape affecting the Indian customers. Our mission is to highlight the insights our doctors have identified by analysing more than 1, 00,000 patients we have served so far”, Dr. Sunita Yadav, Head Quality, Dalmia Medicare

Key Insights:
1.       Delhi males are balding at a rapid rate. Not only has the incidence of baldness risen in Delhi NCR but also the age associated with first symptoms has fallen to a worrisome 25 years old.
2.       With the rise in pollution, stress levels and an unbalanced lifestyle the population in Delhi is suffering from chronic lung diseases like Asthma and COPD. The worrisome trend of these lung disorders can be identified by the spike in Spirometry tests and further follow-up with CBC and Chest X-Ray.
3.       Men in Delhi NCR are facing a ‘libido crises’ with men showing early symptoms in mid-40! Not only are the testosterone levels in men based out of Delhi NCR in the lower range but also their sperm count is one of the lowest in the country on average.
4.       Women are six times more likely to suffer from fertility problems when 35 than at 25. Women aged 35-45 have a 20-35 % chance of miscarriage. Increased stress levels in Delhi women leading to severe complications during pregnancy.

DELHI MALES GOING BALD AT 25
Not only are Delhi men getting balder quicker but also earlier. The alarming rise in baldness can be attributed to numerous reasons- stress, poor nutrition, hormonal changes, pollution and smoking. According to our data, more than 70% men in Delhi are facing some kind of hair loss and the average age of the test subjects was 25 years.

Lack of essential nutrients such as proteins, vitamins and minerals can lead to severe hair fall that can account to baldness. Balanced meals ensure proper supply of nutrients to hair follicles. Moreover, healthy food suppresses hormones such as DHT. Dihydrotestosterone or DHT is a hormone that plays a major role in causing hair loss in men.

Majority of them were deficient in Vitamin B complex mainly B3 and B12 followed by Vitamin D and Vitamin C. Smokers also had a high incidence of hair loss as compared to non-smokers. The carbon monoxide, which you inhale, not only makes hair unhealthy, but also damages hair follicles. Additionally, nicotine hampers blood flow and affects hair growth. Your clinician can check the Vitamin deficiency through simple blood test.

DELHI WOMEN ABOVE 35 FACING CHILD BIRTH CRISES
While the average age of women having their first baby after 30 has raised three folds, the complications associated with a late pregnancy are effecting Delhi women adversely. Women aged 35-45 have a 20-35 % chance of miscarriage.Women are six times more likely to suffer from fertility problems when 35 than at 25. India on average has a 15% miscarriage rate.

With increased stress level, pregnancy induced hypertension is one of the leading causes for pregnancy complications in women over 35. Preeclampsia, the most severe form of hypertension, can be extremely dangerous for mother and baby.

Furthermore, blood tests such as double marker, triple marker and quadruple marker which may reveal birth defects in fetus have seen a significant rise as more women are going in for better pregnancy tests to ensure a healthy baby. Additionally, non-invasive prenatal (NIPT) tests have gained strong traction amongst the middle class or upper middle class (working women) who are balancing work and family.

DELHI CAN’T BREATHE ANYMORE
There has been a significant spike of over 60 to 70 % in tests relating to asthma and breathing problems over the past few months. Furthermore the age range varies over a huge spectrum: 15 years-65 years.

Tests which have seen strong traction: Spirometry is used for Lung Function/ Pulmonary Function test used to assess how well your lungs work by measuring how much air you inhale, how much you exhale and how quickly you exhale. Spirometry is used to diagnose asthma, chronic obstructive pulmonary disease (COPD) and other conditions that affect breathing. Other tests measure how well gases such as oxygen get in and out of your blood.

DELHI MEN LOSING THEIR LIBIDO
Not only are Delhi men losing their hair, they are also losing their Libido at an unusual pace. Over the past one year, there has been an increase in semen analysis (check the sperm count and morphology) and testosterone hormone profile tests. Loss of Libido effects both men & women- about 15% to 16% of men, and at least double that many women. Loss of libido usually comes into play in late 50’s, however cases are now prevalent in the early 40’s. Additionally, the sperm count associated with healthy men range between 40-300 million, however cases of the count falling below 10 million have risen by 63%.

Interestingly the testosterone level in Delhi men has also seen a significant fall, with more than 60% of them falling in the lower range (low testosterone below 300/350). Lack of essential nutrients such as proteins, vitamins, minerals and an unhealthy lifestyle can be blamed for these worrisome patterns.