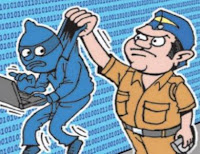 A group of five engineering students recently duped a bank of crores by using fake mobile wallet transactions over the last four months. The incident left everyone dumbfounded as they were able to exploit the loopholes in the mobile app. But they could not go beyond. They are all in the police net now.


The Times of India reports, "A private sector bank, which had opened its wallet transaction operations in December, did not realize that there was a basic flaw in their system. If a customer tried to pay from his own wallet to another wallet holder — and the latter knowingly or unknowingly had his internet connection switched off — the one who is tranferring the amount did not end up losing any money. Instead, it was the bank that ended up paying for him. The bank did not realize the fraud till Rs 8.6 crore was siphoned off."

The bank fraud section of the detective department has so far arrested nine persons. Jewel Rana, the gang leader, is one among the five students. The incident now calls for action from banks to make their systems foolproof and more secured.
mobility security