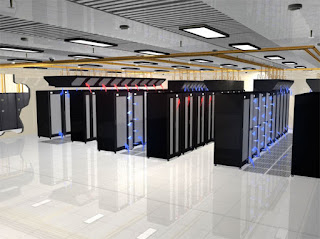 The Indian data center infrastructure market will total $2 billion in 2016, a 5.2 percent increase from 2015, according to Gartner, Inc. Analysts are providing the latest trends shaping the future of the data center market, and the impact of emerging technologies on organizations’ mission critical priorities, at Gartner Symposium/ITxpo.


“Within the Indian IT infrastructure market, server revenue is forecast to reach $698 million in 2016, n increase of 5.3 percent over 2015. Enterprise networking will continue to be the biggest segment with revenue expected to touch $963 million in 2016,“ said Aman Munglani, research director at Gartner. “This segment will also be the fastest growing market, as spending is forecast to increase 5.9 percent in 2016. With increased focus on mobility and big data activities in India, software defined networking has the highest adoption rate amongst Indian enterprises.”

The storage market is projected to reach $307 million in 2016, a 3 percent increase from 2015 (see Table 1). Storage modernization and consolidation, backup and recovery, and disaster recovery are some of the key drivers to this market, and they are likely to remain relevant drivers over the forecast period through 2019.

The strong push towards cloud based infrastructure as a service (IaaS) from within the SMB segment will negate the increase in storage spend within the enterprise space. While it is the early days, Gartner also expects the emerging hyper converged integrated systems and storage technologies based on software-defined storage to encroach on the traditional ECB storage market.

The other force having an impact is the pressure to deliver business solutions more quickly to market, and I&O’s role in support of that. Gartner analysts said I&O can no longer tell the business to get in line and wait for support. A new business initiative needs to work through the pipeline, often taking 12 months or more. Today, business units who get that kind of response will do an end-around I&O and go shop outside. How I&O changes its approach, changes its culture, and changes the mindset will be critical to I&O leaders in the near future.

“In 2016, data center modernization will continue to be a key driver for infrastructure spend in India. Automation and orchestration are becoming high priorities for Indian leaders as well. Software defined infrastructures, and an increased focus on disaster recovery and business continuity, will also lead to an increased spend on infrastructure, “said Mr. Munglani.