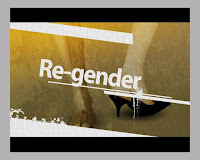 Arré, the digital media brand from UDigital, co-founded by Ronnie Screwvala, B. Saikumar and Ajay Chacko will launch with a first ever digital reality show, based on the Israeli format Re-Gender which explores the relationship between the sexes. The format is distributed by Armoza Formats.


The show is a daring social experiment that breaks down the rules of gender perception and challenges society-defined gender stereotypes. 6 people will change their sexual identity. The men will become women and the women, men. Through their assignments out in the real world as well as through dynamics with each other in the house, where they will live cut off from the world for a month, the contestants will discover certain not-so-obvious truths about the opposite sex.  Can a woman really do a man’s job and vice versa? Is it a man’s world or do women actually call the shots? What do men say about women behind their backs? Should a woman change the way she dresses in order to feel safe? Is paying the bills a means of control for a man? The 6 participants will undergo intense gender training as well as emotional and physical transformations. Prosthetics, haircuts, styling and make-up; everything short of the knife. Each participant will make a personal journey on the show to better understand themselves and their relationships. What better way to understand the opposite sex than by being the opposite sex?

The format distributor, Armoza Formats, has successfully completed seasons of the show on television in Israel and Germany.

Commenting on this partnership, Avi Armoza, Founder and CEO, Armoza Formats said, “We’re extremely excited about this venture with Arré and to see ‘Re-Gender’ become the flagship series for this fresh new platform. The issues that the show deals with not only make for riveting viewing but also provoke important discussions in our society.”

B. Sai Kumar, Co- Founder and Managing Director, UDigital, said, “We are hoping to break new ground with a show like Re-Gender on digital media, in India. Definitions of gender roles and expectations are evolving everyday and is a much talked about and debated subject in India. We wish to bring our lens to the topic through a first of its kind entertainment series with elements of drama, reality, emotion, new experiences with social learnings all rolled into one”.

While Arré is yet to announce what the series will be called in India, the team will begin shooting in 2-3 weeks at a farmhouse in Chhatarpur, Delhi.
digital

Millions of people will declare their resolutions for 2017. Whether you're resolving to lose weight, get fit, pay off your debt, or just be more grateful for the life you've got, it can be notoriously difficult to follow through in the long run. But put technology on your side and give it your best shot. Here are best five apps designed to help you stick with your New Year's resolutions and achieve your goals.