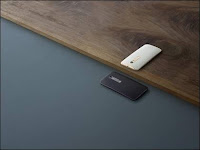 Motorola has announced the latest Android 6.0 Marshmallow roll out on our Moto X Style in India started last week. This is part of our ongoing software strategy to provide fast software updates to add to our pure Android experience. The new update will offer features and improvements such as doze mode, app standby, expandable storage, do not disturb, now on tap, direct share and more. We recommend installing this update when the phone battery is at least 50 percent charged and when connected to a Wi-Fi network.


The company believe your phone should look and behave like you want it to. That means our approach to software is ‘less is more’, so you can focus on the choices that are right for you. We want to enable more meaningful exchanges between you and your phone, such as simple voice controls and notifications that you can interact with even when your phone is asleep. This philosophy has enabled us to make what we think are the most personal and responsive phones in the world, built on a foundation of pure Android with a few Moto Enhancements to improve the overall functionality.

Android 6.0 Marshmallow includes some great new features similar to things we’ve developed in the past. For example, you’ll find an option for ‘Do not disturb’ under the ‘Sound and notification’ settings to make sure you’re not interrupted during meetings or while sleeping. That’s similar to Moto Assist, so we’re removing Moto Assist as part of the upgrade to M. Android M also enhances support for backing up user data. These improvements duplicate most of what Motorola Migrate provides. Consequently, we’ll retire Motorola Migrate and no longer preload it going forward. We will also retire the Google Chrome extension found in Motorola Connect. Since we created Motorola Connect, several similar services have shown up on Google Play and many consumers have moved from SMS to other over-the-top messaging services. Both of these products were valuable in their time but the world has moved on and they no longer add enough value to justify taking up space in  your device.
mobility