Dealing with security threats in the digital age

on October 20, 2015
By: Radwan Moussalli, Senior Vice President for the Middle East, Central Asia and Africa for Tata Communications 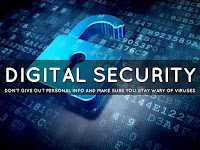 The rise of cyber-attacks and security breaches are increasing at an exponential rate across the globe. Hackers and cyber criminals are becoming more and more sophisticated and widening the scope of their attacks to new markets with increasing success.


Today’s attacks are well organised and are customised for specific organisations, hence the need for customised defence strategies and a multi-layered approach to security. Organisations have to be mindful that groups such as State Actors (foreign intelligence agencies, state-affiliated actors, freelancers / espionage-as-a-service), hacktivists and cyber criminals are continuously plotting attacks, and this is no longer restricted to a specific part of the world.

Recently, however, more leaders are ranking cybercrime higher on the agenda, and taking steps to hold the perpetrators accountable. Africa is one region that has been subject to some of the most extreme cyberattacks to date, particularly in the banking industry, is tackling the issue head on. Plans in Africa have gained momentum of late, as Tanzania joins a conglomeration of countries including Kenya, Nigeria, South Africa and Zambia that are proposing a law that could mean that such criminals get up to ten years in prison for their crimes. It’s a necessary step to take, as internet usage rises rapidly in Africa, cybercrime accompanies it.

According to Cisco’s Annual Security Report 2015, ‘adversaries are committed to continually redefining or developing new techniques that can evade detection and hide malicious activity’, which for those tasked with preventing attacks, namely the defenders and security teams, means they must constantly adapt their approach.

At Tata Communications, we tackle these threats using proven techniques and methodologies. By virtue of connecting enterprises, Tata Communications is uniquely placed to foretell, detect and stall militant activities on its networks, and protect our customers’ valuable data. Our network encompasses over 500,000 kilometers of subsea fibre, and over a decade in operation has given us the know-how and the infrastructure in place to protect and safely and securely extend an organisation’s reach without boundaries.

With this in mind, it must be said that the infrastructure put in place by internet service providers is critical to any country today. The role of the provider does not start and end with the core infrastructure, and these providers are adopting security measures to protect their own infrastructure and their customers from external attacks.

At an organisational level, the new norm for security for any organisation is a Zero Trust Security model. Cyber security has evolved beyond the deployment of technologies – it is actually a combination of people, process and technology. Security tools and technologies are only one part of the equation, and more attention needs to be paid to the human aspect and getting the right security talent first and foremost.

There is no denying that these are a challenging set of objectives for business leaders, governments and authorities. To add an extra layer of support, global organisations with the right level of resources are increasingly outsourcing their security practice to service providers based on defined SLAs, with special focus given to core IT and business applications. And it’s no surprise that organisations are investing in this area, as cybercrime continues to be considered a growth industry, hitting headlines last year when a report found that the cost to the global economy from cybercrime stands at a $445 billion each year.

As the Internet continues to improve the lives of many all over the world, and advancements in technology break down the boundaries of what’s possible, cybercriminals will continue to find flaws and vulnerabilities to use to their advantage. The rise and rise of cyber-attacks isn’t set to come to a halt any time soon, so it’s pivotal that businesses prepare for a new generation of cyber risks.
digital opinion security